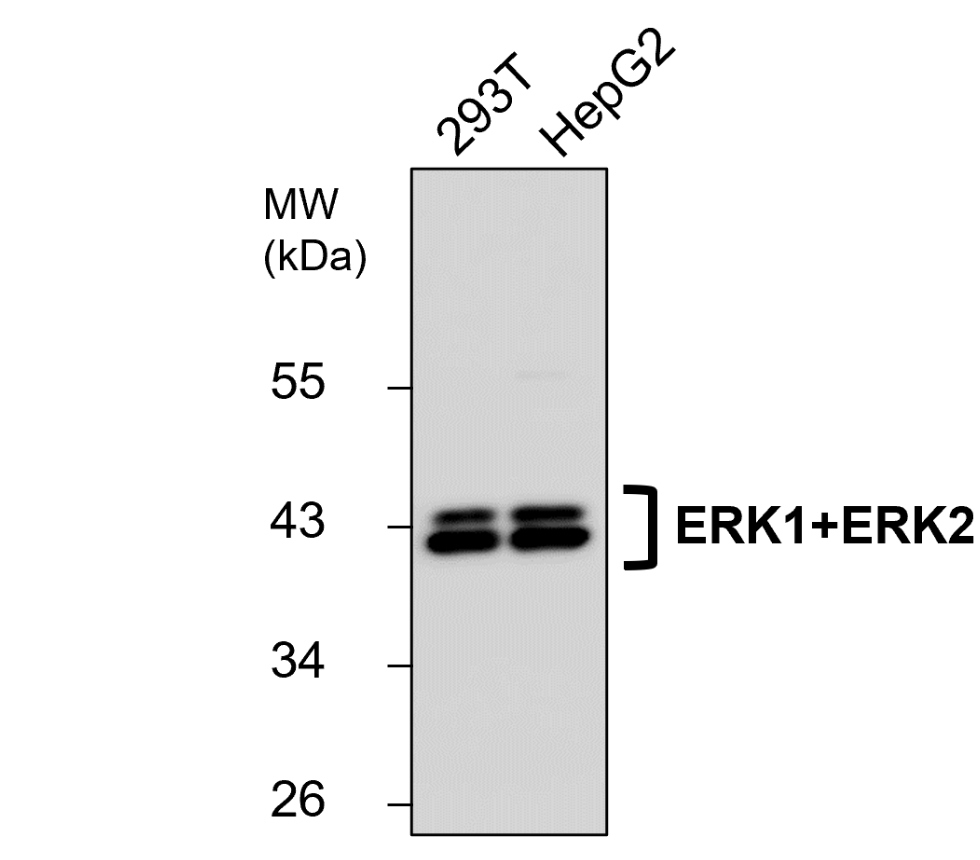 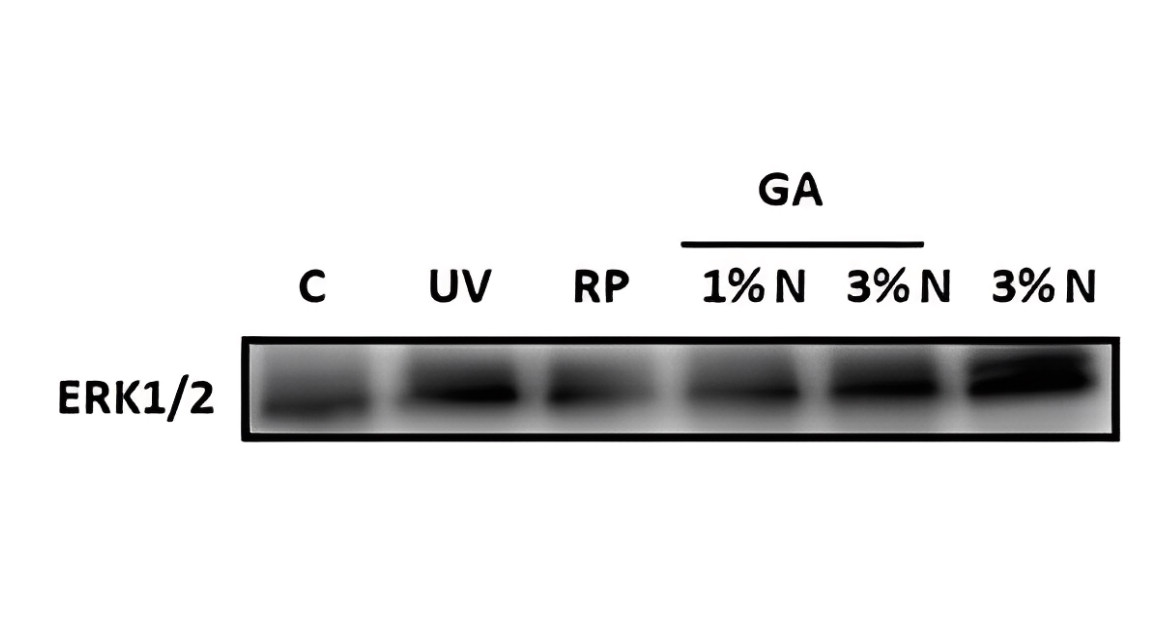 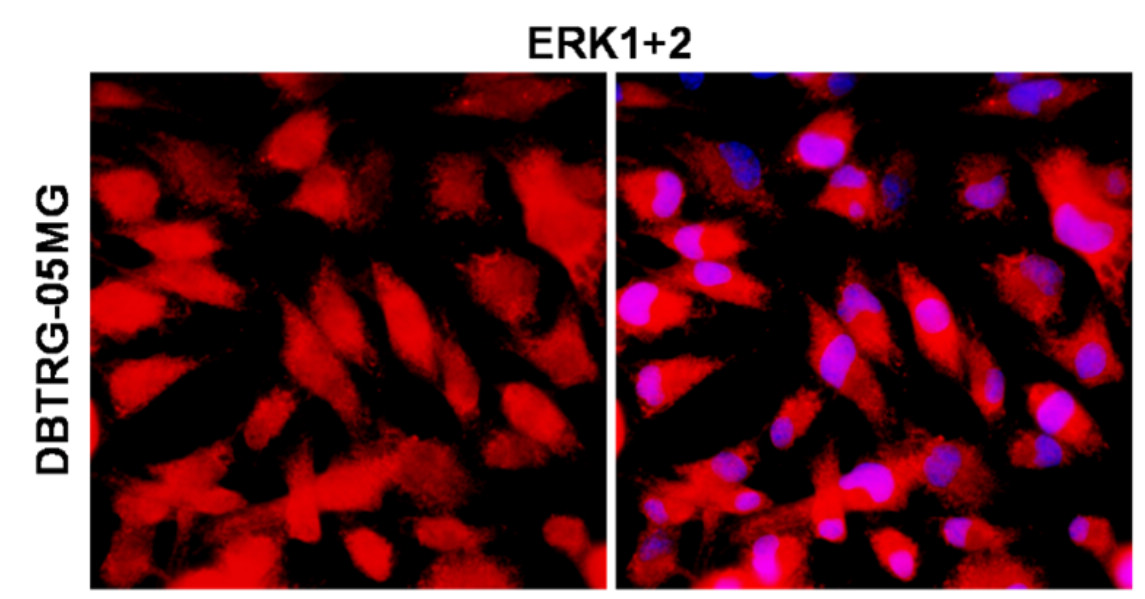 Synthetic peptide / encompassing a sequence within the C-terminus region.

This gene encodes a member of the MAP kinase family. MAP kinases, also known as extracellular signal-regulated kinases (ERKs), act as an integration point for multiple biochemical signals, and are involved in a wide variety of cellular processes such as proliferation, differentiation, transcription regulation and development. The activation of this kinase requires its phosphorylation by upstream kinases. Upon activation, this kinase translocates to the nucleus of the stimulated cells, where it phosphorylates nuclear targets. One study also suggests that this protein acts as a transcriptional repressor independent of its kinase activity. The encoded protein has been identified as a moonlighting protein based on its ability to perform mechanistically distinct functions. Two alternatively spliced transcript variants encoding the same protein, but differing in the UTRs, have been reported for this gene. [provided by RefSeq, Jan 2014] 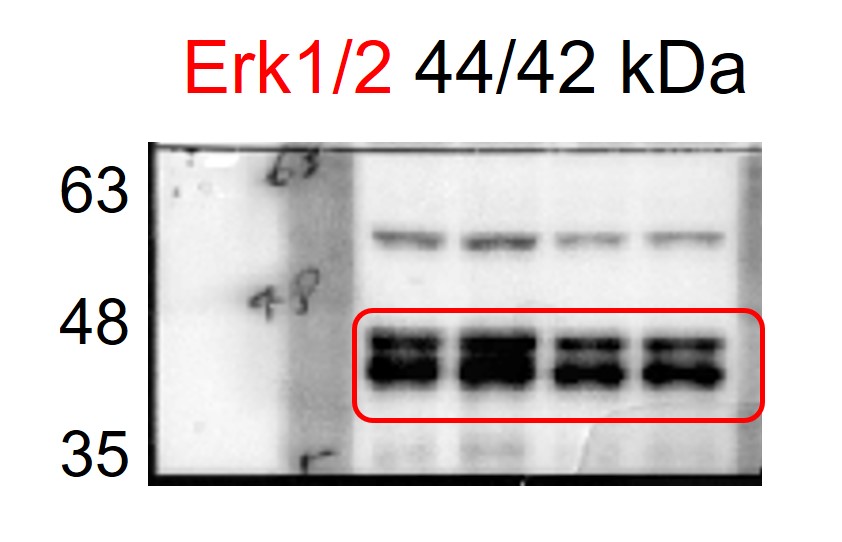 Anti-ERK1+ERK2 antibody at 1/2000 dilution. Lysates at 30 μg per lane. Nitrocellulose membrane a was then blocked for an hour before being incubated with IR187-705 overnight at 4°C.