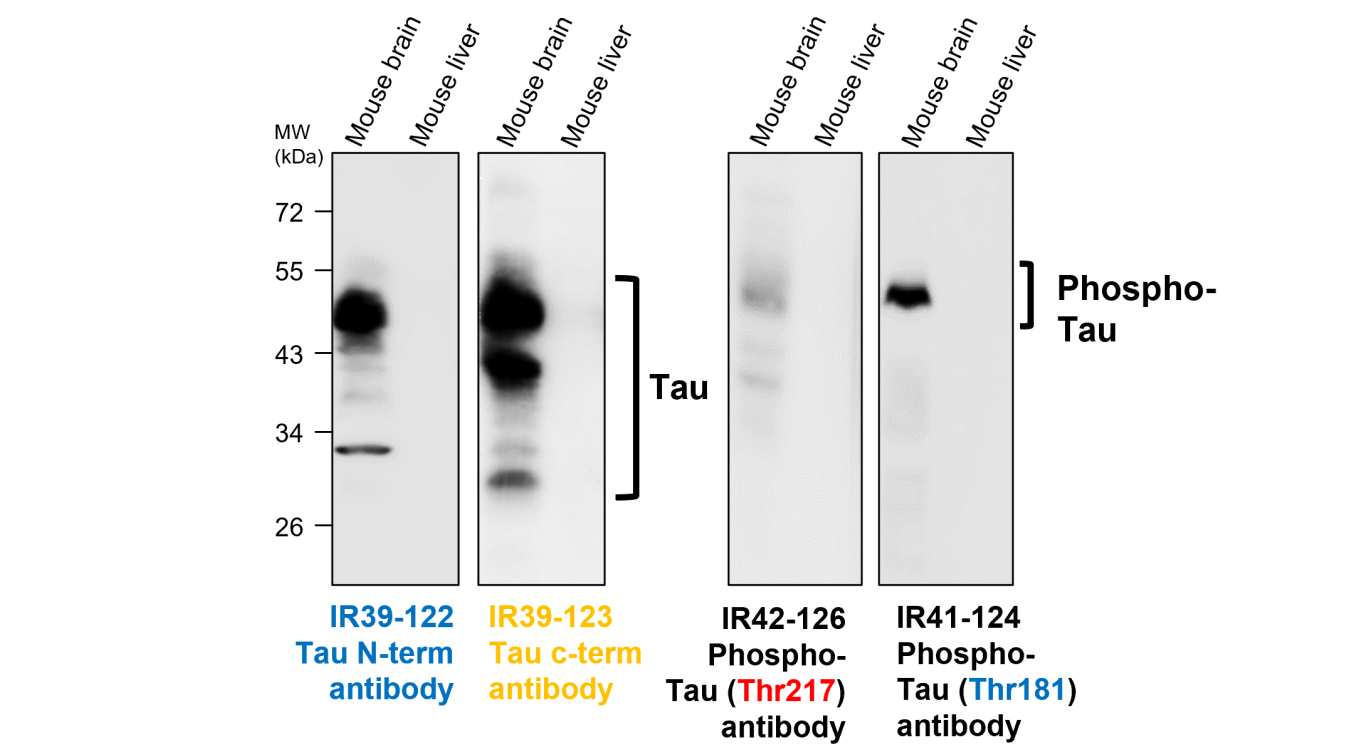 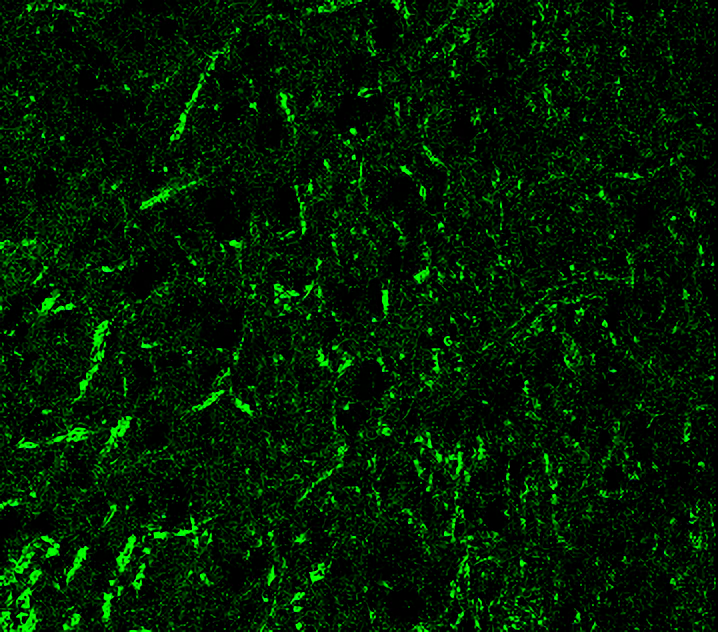 Synthetic peptide / encompassing a sequence within the N-terminus region.

Anti-Tau antibody. Lysates at 40 μg per lane.
This blot was produced using a 10% SDS-PAGE. Nitrocellulose membrane was then blocked for an hour before being incubated with IR39-122 overnight at 4°C.