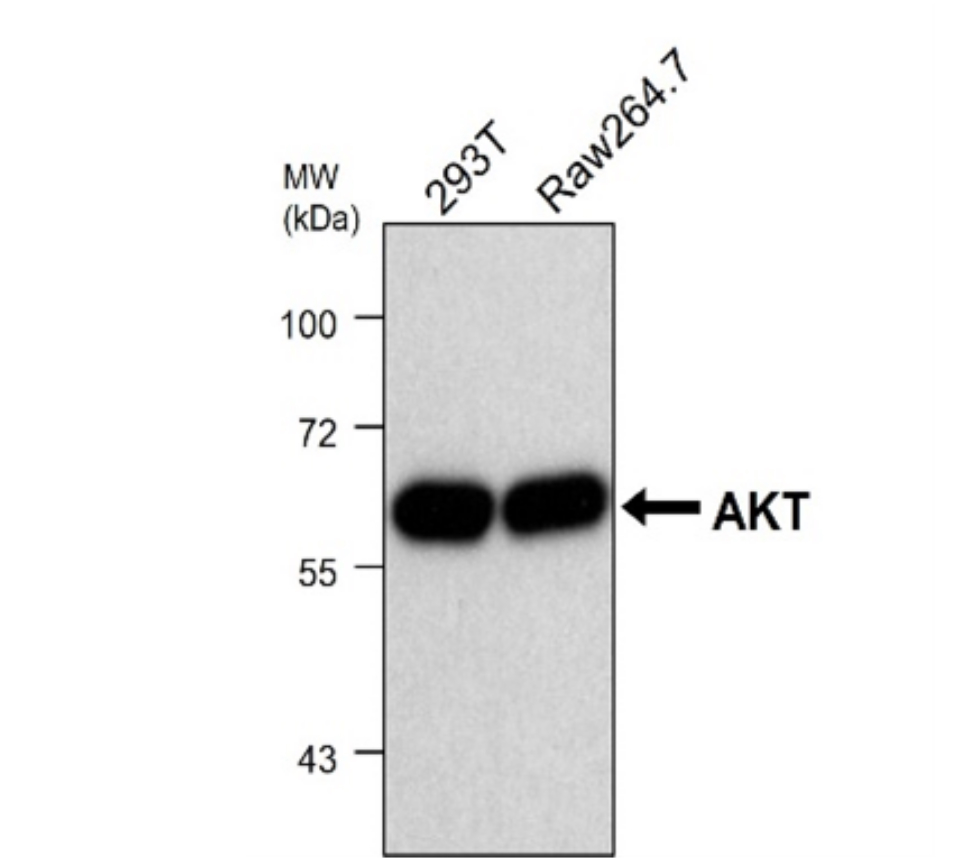 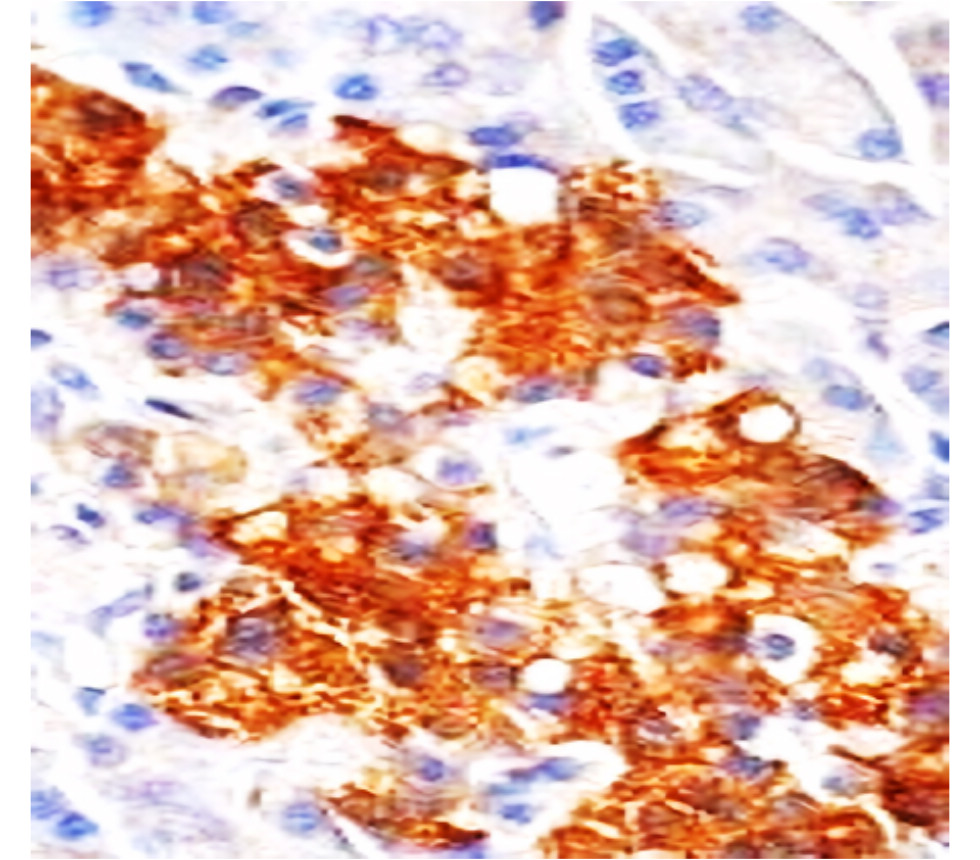 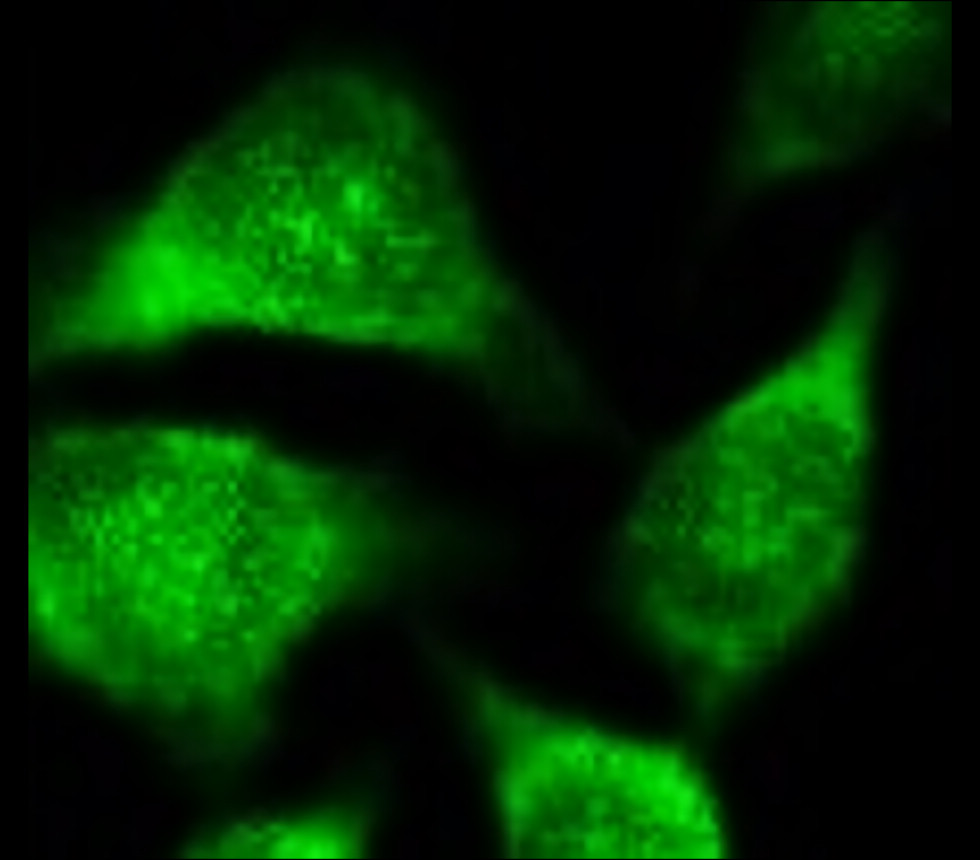 This gene encodes one of the three members of the human AKT serine-threonine protein kinase family which are often referred to as protein kinase B alpha, beta, and gamma. These highly similar AKT proteins all have an N-terminal pleckstrin homology domain, a serine/threonine-specific kinase domain and a C-terminal regulatory domain. These proteins are phosphorylated by phosphoinositide 3-kinase (PI3K). AKT/PI3K forms a key component of many signalling pathways that involve the binding of membrane-bound ligands such as receptor tyrosine kinases, G-protein coupled receptors, and integrin-linked kinase. These AKT proteins therefore regulate a wide variety of cellular functions including cell proliferation, survival, metabolism, and angiogenesis in both normal and malignant cells. AKT proteins are recruited to the cell membrane by phosphatidylinositol 3,4,5-trisphosphate (PIP3) after phosphorylation of phosphatidylinositol 4,5-bisphosphate (PIP2) by PI3K. Subsequent phosphorylation of both threonine residue 308 and serine residue 473 is required for full activation of the AKT1 protein encoded by this gene. Phosphorylation of additional residues also occurs, for example, in response to insulin growth factor-1 and epidermal growth factor. Protein phosphatases act as negative regulators of AKT proteins by dephosphorylating AKT or PIP3. The PI3K/AKT signalling pathway is crucial for tumor cell survival. Survival factors can suppress apoptosis in a transcription-independent manner by activating AKT1 which then phosphorylates and inactivates components of the apoptotic machinery. AKT proteins also participate in the mammalian target of rapamycin (mTOR) signalling pathway which controls the assembly of the eukaryotic translation initiation factor 4F (eIF4E) complex and this pathway, in addition to responding to extracellular signals from growth factors and cytokines, is disregulated in many cancers. Mutations in this gene are associated with multiple types of cancer and excessive tissue growth including Proteus syndrome and Cowden syndrome 6, and breast, colorectal, and ovarian cancers. Multiple alternatively spliced transcript variants have been found for this gene. [provided by RefSeq, Jul 2020]

AKT monoclonal antibody at 1/500 dilution. Lysates/ at 35 μg per lane. Nitrocellulose membrane was then blocked for an hour before being incubated with IRM009 overnight at 4°C.